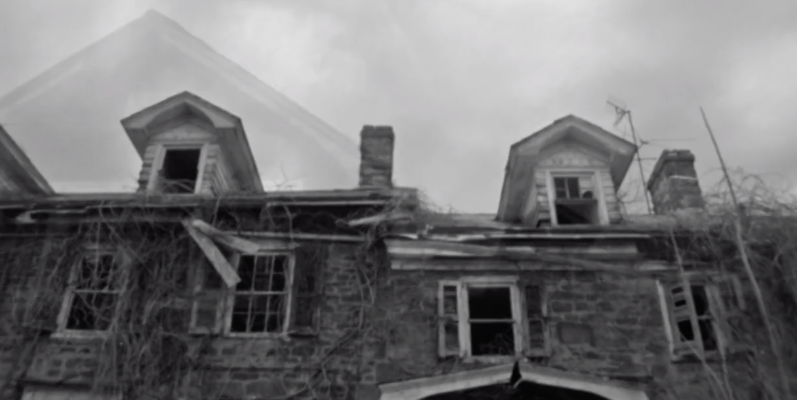 Owning a home is a fundamental part of The American Dream – yet it remains something that millions of Americans never attain. For those who do attain this goal Paying the Mortgage can be a life-long endeavor that usurps one’s youth and money until nearly everything one has ever worked for is wrapped up in their single most prized possession: their house.

So then why, in practically every town in America, are homes abandoned and left to decay?

Every time I stood before one of these houses I thought the same thing: somewhere this house appears in somebody’s photo album… somebody’s home movies. Somewhere there are people who grew up here, who raised a family here and called this place home. Home: the basic unit of the nuclear American family, now discarded like Friday night’s trash. How? Why? Well, there are many reasons I suppose and if it can happen to places like Bethlehem Steel it can happen to anybody.

I recently watched Springsteen on Broadway on Netflix. In it he talked about returning to the street he grew up on to “commune with the ancient spirits.” He said “The soul is a stubborn thing. It doesn’t dissipate so quickly. Souls remain here in the air, in empty space, dusty roots, the sidewalks I knew every inch of when I was a child…”

Without delving into things paranormal let me just say I tend to agree. I found most of the material for this video in a single abandoned neighborhood. It was cut off from the rest of its town by a simple yet effective road barrier. My first couple visits felt like intrusions and, although there wasn’t a single person there, I felt glaring eyes upon me. By my last visit (there were approximately ten) the neighborhood felt like home. Me, the stubborn souls, even the orange and white tabby who inhabited the white clapboard house all became accustomed to one another. Do spirits continue to inhabit these places? I don’t know… but maybe.

Since people always ask “where,” I will say this: This video predominantly features an abandoned neighborhood on the outskirts of Trenton, NJ, a since-renovated fieldstone mansion in Yardley, PA, and a brief drive through a couple Detroit, MI neighborhoods. Detroit is coming back from the brink, but as of writing this it would be difficult to find more post-apocalyptic neighborhoods anywhere than you will find in Detroit. I could have (and just might) make a video entirely about them, and if I do you can bet I will use the beats of Jamal Beatnerd Gainey again.

Tidings of Magpies is a labor of love. We appreciate anything you can contribute to keep it flying.